see the discussion below (link)

Seeds labeled "ozieri alba" were received from the world famous firm of Vilmorin, Andrieux & Cie, of Paris, in 1926. Seven germinated in 1928. Search through botanical and horticultural literature failed to reveal any mention of such a peony name. When the Vilmorins were questioned, they said the seeds had originally reached them from a correspondent whose name they had lost and they had no record of the matter, except that they had forwarded the seeds to America. Of such lack of records and resulting dead ends are many horticultural puzzles born.

Professor Saunders' notes say, "from its foliage it evidently belongs in the group Corallina - Broteri - Cambessedesi." He crossed it with albiflora in 1934, and got seven hybrid plants, which he later put together and introduced under the group named "Halcyon." Very early blooming, the waxy white flowers have marked purple flares suggesting white Japanese tree peonies; these are prize plants. They even set seed with fair ease. "Ozieri alba" was also crossed with tenuifolia, in 1934, giving nine fine seeds. Germination: zero. That seems to be the complete Clinton story of this plant of unknown origin.

A discussion on yahoo-groups uncovered the origin of the name of this plant:

I had a chance to dig the hybrid peony "Tranquil Dove", a Saunders "orphan" that Caprice Nursery grows. It came apparently from Saunders, to his daughter Sylvia, to Chris Lanning and finally to Al Rogers. It has not been offered yet for sale commercially as far as I know. My field notes for it said "interesting" and so I sought out a division of it this fall.

Upon digging I found the roots to have VERY VERY purple flesh, certainly as purple as those cvs related to P. Emodi ( the "Windflower" clan, and "White Innocence"), and also as purple as the flesh of the unique hybrid cv. "Lavender". Trying to track down the parentage of this purple fleshed peony led me on an interesting trip which ends rather abruptly with some quite interesting notes at Carsten's site, on the "mystery species" P. Ozieri alba. To view these notes, use below link, and look under 'o' for Ozieri alba. http://www.paeon.de/0nam.html Apparently the only two surviving hybrids derived from this mysterious species are "Halcyon" and it's offspring "Tranquil Dove". I may be wrong, but apparently hybridizing attempts using this "species" came to an end with these two peonies Does anyone know if "Halcyon" also has this deep purple flesh? Or if the cv "Halcyon" was used to produce other hybrids? Always something interesting with peonies Bob J.

Dear Bob, the 'ozieri' strain is interesting in fact. I have tried to purchase 'Halcyon' since 3 years from the Klose nursery without succes. I have seen it growing there (and my photos were made there) , but he has only 2 or 3 plants, and they did not increase in size. Maybe it doesn't grow well because of its pollen-parent from the mediterranean region with hotter summers than in the Kassel region with wet summers. As Saunders suggests, this species seems to belong to the western mediterranean species. He grew cambessedesii, corsica & coriacea, all plants very similar to this, but they haven't white flowers. The plant habit of 'Halcyon' is much alike P. mascula ssp. russoi (formerly called corsica), also the coriaceous surface and the reddish stems seem to support this view. An explanation for the white flower color may be, that there are white sports of one of these species, but also that it is not identical with western-mediterranean species. Some eastern-mediterranean species have indeed white flowers (bodurii, clusii, rhodia, hellenica), but no reddish stems and leaves which are much different to 'Halcyon'. Recently a white flowering species has been found in Sicily, which is probably not identical with P. mascula ssp. hellenica or P. clusii. Both people who found it (Will McLewin and Johann Joschko) know the differences, because they have seen the latter two also on their natural sites, and they are both sure that the sicilian plant is different from these. I have sown seeds of the sicilian plant and I have young plants of russoi, cambessedesii & clusii, maybe we can tell in a few years, what is the truth with ozieri, when I repeat the cross. Has anybody observed the colors of the flesh described by Bob on any of the species mentionend above? My plants are all too young to survive a dividing. Regards Carsten

Dear Bob and Carsten, Saunders wrote in one of his notebooks that; "Ozieri Alba came from Vilmorin, They thought it was related to officinalis, but from its folliage it's apparently in the group Corallina (Masc.)- Broteroi- Cambessedesii". I grow Halcyon and it doesn't seem to dislike the wet summer and winter from Holland The plant is too young to have an good impression about it. Will McLewin offers two plants from Sicily this year. Mascula ssp Hellenica 'sicula' and Mascula Russoi/Mascula from the last plant Will has seen convincing examples of both and intermediates all growing together. I have purchased both plants this year and I can tell you they don't like the wet weathter conditions from the UK I was forced to practize some root surgery and that's why I know that both plants don't have any purple in the roots. Carsten, if you want to repeat the possible cross from Ozieri Alba, try to cross Masc. Russoi to a white Mascula The Masc. Russoi from Corsica is the best, because it's far superior to the Sardine- or Sicily form. Bob and I have seen this plant growing in Galen Burrell's garden. I don't know for sure if the purple color can tell something about the parentage. Emodi does seem to have "clones" without purple in the roots. A nurseryman told me that Requiem also shows some "blood" in the root. Best regards, Dick Westland

Carsten and Dick, Do you suppose Ozieri hold any clue as to it's geographical origin? There seems to be a city by that name in Sardinia. Art

Dear Art, You are that right! Sometime it's good to play with maps in the computer. I suddenly put Encarta into the CD-Rom- drive - and there it is. Ozieri is really a village in inner Sardinia.

I have made some maps and loaded them up to the shared files. The folder name is maps of peonies. As far as I know, there is growing P. mascula subsp. russoi. I have a small seedling from seeds collected by a german friend Johann Joscko in 1999, which originated only few kilometers away in the Gennargentu NP. So, thank you Art, you have uncovered the origin of P. ozieri! Carsten

After reading your message from your website I started to puzzle about this white form of Russoi. One of the things I couldn't understand is why Prof Saunders didn't recognize Ozieri Alba as a white form of Russoi. He did grow Corsica (= Russoi Leiocarpa) although not identical it resembles a lot to the other Russoi forms.

I rembered a chromosomes count of Halcyon from the APS 75 years book (page 148). It states that Halcyon is a diploid. So if Ozieri Alba was a Russoi (tetraploid) it's offspring from a cross with lactiflora(diploid) would give the result of a triploid and not a diploid.

This seems to be in conflict with the assumption that Ozieri Alba was a white form of Russoi What do you think? Best regards, Dick Westland

Dear Dick, I had to look into Eric Schmitt's book, before I found an explanation for the diploid nature of Halcyon:

As you see, there are diploid and tetraploid forms of russoi. Maybe the form growing near Ozieri is diploid.

Dear Carsten, I have heard about the diploid form of Russoi. Galen Burrell showed me the difference between the two forms. (tetrapolid and diploid).

I will ask Galen where his "diploid" is from. I recall that he told me Sardinia but I am not sure. I had some correspondence with Galen about this subject but he couldn't tell me where he got the information from. It seems that you are still on the right way to puzzle out what kind of "species" Ozieri Alba was. best regards, Dick Westland

But there is maybe another explanation for the name 'ozieri alba'. I discussed the topic with Johann Joschko yesterday, and he said, that he wrote an eMail to this forum here, but he had a problem sending it and than all the text he has typed was lost, so he gave up in frustration. But he asked me to write it. So:

Johann was on Sardinia some years ago (I have a ssedling of P.russoi coll. by him) and he said, the region of Ozieri is absolutely not a peony-region. Too dry and not the right vegetation. But appr. 50 kms from there is a mountain called Monte Alba, where many peonies do grow. So, his explanation is: The Vilmorins & Cie in Paris had plants grown from a collection, probably named:

It is not too hard to understand, how easily became out of this the plant which arrived to A.P.Saunders.

Maybe this comes a step closer to the truth behind it!
Best regards Carsten

Dear Carsten; Your/ Johann's explanation are all too obvious. I wonder why no one just looked at a map of Sardinia?? "Ozieri / Mte Alba" is the obvious start of the shortened "ozieri alba" to indicate the source of a collected plant. Many thanks for this logical solution. Jim W. 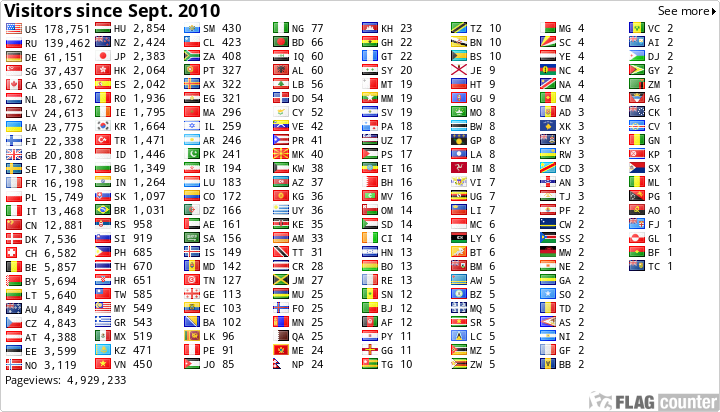